Office of the President of the Senate,

We refer to the above matter concerning which we write to you for and on behalf of the Young Progressives Party (YPP).

Kindly be informed that the entire Leadership and Membership of the Young Progressives Party (YPP) nationwide is completely dis-satisfied, appalled, embarrassed and woefully disappointed in the manner President Muhammadu Buhari is steering the socio-economic and political ship of our great nation. This anguish is what has led to our call for a National Peace Walk today, February 19, 2020, to express our displeasure and also call the attention of critical stakeholders especially the National Assembly on the need for timely intervention in order to save our democracy and by extension Nigeria from imminent collapse.

OVERVIEW OF OUR CHALLENGES

It is no longer news that our country is currently regarded as the poverty capital of the world with the north accounting for 87% of all poor people in Nigeria according to the latest World Bank report titled “Advancing social protection in a dynamic Nigeria”. Nigeria is also ranked 158 out of 189 countries in the Human Development Index (HDI), thereby exposing the poor state of education, low per capita income and low rate of life expectancy.

Worse still is the number of out-of-school-children put at 13.2 million as at the last UBEC statistics, which is the highest in the world. The country has also not faired any better in the area of corruption as Nigeria is ranked 146 out of 180 countries thereby confirming our status as one of the most corrupt countries in the world in spite of the government’s hue and cry about fighting corruption since 2015.

According to the latest Global Terrorism Index, produced by the Institute for Economics and Peace (IEP), Nigeria is ranked 3rd among 163 countries and only better than Afghanistan and Iraq in terms of countries with the greatest impact of terrorism. The state of insecurity has no doubt deteriorated in the last five years, with killer herdsmen, banditry, and kidnapping added to the list of our security challenges. Presently, no part of the country can be said to be completely safe as the failure of government is now propelling States in Nigeria to embrace regional cooperation in the area of security in order to quickly stem the tide of growing insecurity, which if not checked is capable of completely destroying the nation.

We deemed it fit to give the above statistics in order for you to understand the enormity of the challenges before us and the need for a quick intervention before the situation becomes irredeemable. There is no better way to define a failed state order than the facts highlighted above about Nigeria. The truth is that the country is on the brink of a dangerous situation and it is time for good men to rise above ethnoreligious and political divides to save Nigeria from the impending doom.

While we do not completely doubt the capacity of President Muhammadu Buhari to deliver good governance, we are however disturbed that his leadership approach coupled with the sycophants around him may not enable him to deliver the Nigeria of our dreams. The future is getting bleak with each passing day as Nigerians, especially the youths, are beginning to lose hope in their fatherland. The general perception is that of gloom, sadness and hopelessness with no end in sight anytime soon.

THE SUDDEN PENCHANT FOR PROTEST BY LEADERS OF APC & PDP

The sudden penchant for protest at the gates of embassies of responsible nations by the leaders of the APC and PDP who have now taken absurdity to a whole new level is not only embarrassing but a mockery of the nation. They have quickly forgotten they are responsible for the current state of the nation while at the same time lacking in foresight to understand that they have the capacity to solve the very problems that may have led to their shameless protest.

Sadly, we all as citizens just like our leaders are also culpable in this conspiracy of nonchalance that has driven the nation to the precipice. We have the capacity to solve our problems if only we are willing to be involved as citizens to elect visionary leaders while also holding them accountable. Our problems are known and the solution lies with President Muhammadu Buhari led APC, the National Assembly and indeed all Nigerians, if only we can summon the political will to act now.

After painstaking analysis of our socio-economic and political challenges, the Young Progressives Party with a patriotic zeal hereby proffer the following solutions, which if considered and acted upon can solve some if not all our problems and lay the solid foundation upon which we can build. To this end, we call for urgent RESTRUCTURING of the nation because it is the only way out of our present socio-economic woes, urgent ELECTORAL REFORM as that is the only way out of our political & leadership misery and urgent REJIG OF THE CURRENT SECURITY ARCHITECTURE as it is one of the solutions to the worsening state of insecurity in the country.

NEED FOR URGENT RESTRUCTURING OF NIGERIA

No matter how we run away from discussing restructuring, it will always hunt us as a nation and we hope it won’t be too late before we realize it is the only way forward. The current structure is unsustainable and collapse is inevitable if we continue to build our imaginary skyscraper on the foundation of a bungalow. Our idea of restructuring is unambiguous as the problem with us as Nigerians is our constant viewing of every genuine intervention through the lens of ethnicity and religion, which ironically has been the bane of development in Nigeria. However, the kind of restructuring we propose must have the following:

Ironically, the shameless protest to the international community by leaders of the APC and PDP revolves around the flaws in our electoral laws. An electoral law that is incapable of helping us as a nation to produce true winners in an election, eliminate electoral fraud or violence but allows INEC to conduct elections while the court end up announcing the winners is one of the reasons for leadership failure in the last 20 years.

The two political parties have the needed critical mass in the National Assembly to amend our electoral laws so as to make it more responsive to our current challenges and extremely unnecessary for post-election litigation. In considering amendments to our electoral laws, the following should be considered:

While we agree that the sacking of the current security chiefs may not completely resolve our security challenges, it has however become expedient that new hands should be brought on board to change the current strategy that may no longer be relevant in tackling this hydra-headed monster called terrorism.

We also support the ongoing Community Police Initiative and regional cooperation by states to end the lingering security challenges. There is no better time for the State Police than now as the command and control structure where the Commissioner of Police must take directives from Abuja, which has made Governors incapable of exercising their powers as Chief Security Officers of their respective States is no longer sustainable.

The National Assembly as at today is the only privileged arm of government with the constitutional powers to implement the aforementioned proposed solutions, which is why we appeal that the National Assembly should set in motion legislative actions that will help achieve the above in order to salvage the country.

Previous Story
DISCUSSING THE STATE OF THE NATION ON CHANNELS TV, LUNCHTIME POLITICS
Next Story
Images from the National Peace Walk organized by the National Working Committee (NWC) of the Young Progressives Party (YPP) 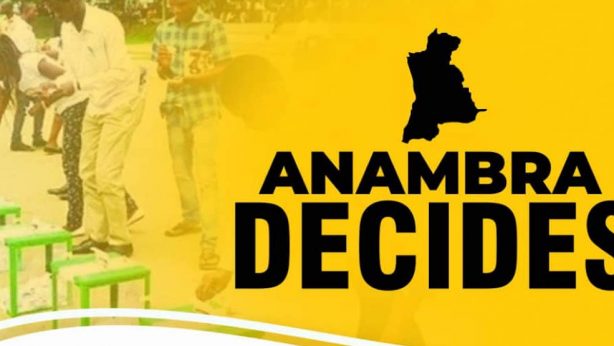