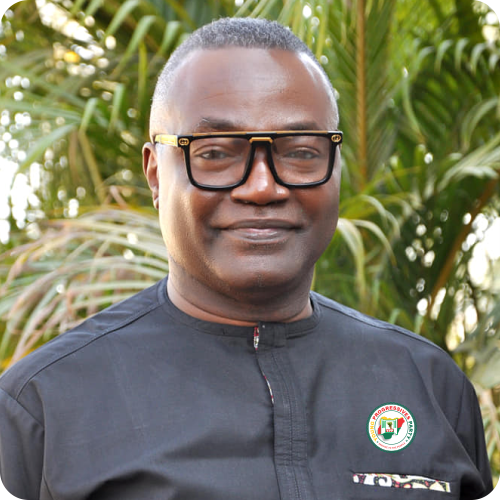 Rt. Hon. BAMAIYI, Vidiyeno Huladeino, a man who has traversed the entire length and breath of Nigeria and is highly connected Nationally, started his political journey from the Secondary School in Numan, where he held various leadership positions in some clubs like Drama, Debate, FCS etc. The situation was not different at the College of Preliminary Studies, Yola where he was similarly elected into the SUG and other clubs and societies. At the University of Jos, he was also elected into the SUG, Law Student’s Society, GOSU, Fellowship of Christian Students, Drama group etc. Upon graduation as a lawyer from UniJos and the Nigerian Law School, Lagos, he went into private legal practice with Chief L. D. Nzadon & Co. in Yola, became actively involved in the Nigerian Bar Association, Yola politics, before joining active partisan politics. He contested and won elections into the Adamawa State House of Assembly, Yola as Honourable Member Representing Lamurde State Constituency, in the years 1996, 1999 – 2003 and 2003 – 2007. He became Deputy Speaker twice within these period. He sponsored and/or Co-sponsored at least 32 Bills that were signed into law. He moved countless motions in the 8 years he spent at the State Assembly and Chaired several high profile committees. He was no doubt one of the most influential and highly celebrated Members of the ADHA that ever served in that Legislature. Upon leaving the ADHA in the year 2007, he served at the National Assembly as Senior Legislative Aide for 4 years before returning back into active private legal practice and consultancy as Senior Counsel with S. I. Ameh (SAN) & Co. He is the Principal Solicitor V. H. Bamaiyi & Associates. He is a politician, Constitutional Lawyer, Legal and Legislative Consultant, Estate and Property Business man, MD/CEO of a couple of successful companies. An astute administrator that is meticulous, proficient and thorough in his duties. He is a youth and women motivator, mobilizer, inspirator and friendly leadership coach that is sacrificially committed to raising a new breed of leaders/politicians without greed. He is a recipient of several outstanding and meritorious awards, too numerous to list here.